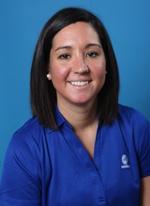 Bailey Wittenauer was named the second head coach in the program's history in July of 2017. She previously served as an assistant coach in charge of the pitching staff and outfielders for the past two years at Truman State. She helped the Bulldogs post 70 victories and advance to back-to-back appearances in the NCAA Tournament.

At Truman, Wittenauer assisted with three All-GLVC pitchers (Kindra Henze, Kelsea Dorsey and Lauren Dale), in addition to the 2017 GLVC Player of the Year (Christa Reisinger). The Bulldogs led the GLVC in team batting average, doubles and RBIs last season.

Wittenauer has spent the past five years in the GLVC. She played one season at the University of Indianapolis and spent one year as a graduate assistant coach for the Greyhounds.

Prior to joining the Truman State staff, Wittenauer spent one season as an assistant coach at Drury University in 2015 where she was in charge of the pitching staff and outfielders. She helped the Panthers lower their team ERA by nearly two full runs in one season and increase their total number of strikeouts.

After playing three seasons at Indiana State, Wittenauer finished her college career as a first baseman at Indianapolis in 2013. She was a first team All-GLVC and All-Region honoree, in addition to being a Daktronics honorable mention All-American.

Wittenauer graduated from Indiana State, majoring in physical education with a minor in history. She was a two-time Most Valuable Player on the team and was a first team All-Missouri Valley Conference catcher in 2011. She led the Sycamores in eight offensive categories in 2011 and finished her career at ISU ranking second in career home runs (15) and slugging percentage (.482). 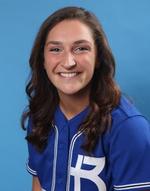